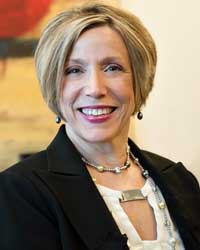 Vicki has extensive HR leadership experience in healthcare, both on the payer and provider sides, as well as healthcare HR consulting. She served as SVP of Human Resources for HealthMarkets, a private equity-owned individual health insurance company based in Texas, and Chief People Officer for Blue Cross Blue Shield of Tennessee. Vicki also held senior global Human Resources and consulting positions with Booz, Allen and Hamilton in Virginia and Deloitte & Touche LLP based in Dallas.

She began her career in healthcare HR at Glenwood Regional Medical Center in West Monroe, Louisiana, which is her hometown, followed by Children’s Medical Center of Dallas. Vicki spent 11 years with CIGNA, holding various HR roles, including Vice President of Human Resources, for CIGNA’S Healthcare Division.

She has been married to Larry for 42 years, has two grown children (Camilea and Clayton), and one granddaughter (Athena).