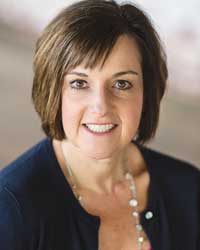 Lauri Strauss is president of Strauss Media and Communications LLC. Previously, she served as president of the Atlanta Press Club for more than ten years managing the day-to-day operations, events and fundraising for the professional journalism organization. She also served the club’s mission to support Atlanta’s journalism community and a free press. Lauri’s background is in broadcast journalism. She started her career working for the local NBC affiliate in Tucson, Arizona, before moving to Atlanta to work for CNN. Lauri also worked in media relations for The Coca-Cola Company and was an area manager for the American Cancer Society. Lauri is a graduate of Leadership Atlanta’s class of 2015. She is a board member for Ferst Readers and an active volunteer with the Girl Scouts of Greater Atlanta and the Junior League of Atlanta. She sits on the advisory council for the Agape Youth and Family Center and serves in advisory roles for other nonprofit organizations.