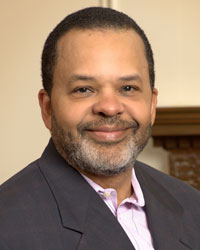 He graduated from Harvard University with a B.A. degree in psychology and social relations in 1984. After graduation, he joined Aflac and retired in 2004 as Senior Vice President, US Marketing.

Warren has served on several local and statewide charitable boards and still serves in several volunteer capacities, one of which is the Piedmont Columbus Regional Health Board where he chaired the board from 2014 to 2019. In 2018, Warren was selected to serve on the Piedmont Healthcare System board overseeing 11 hospitals in Georgia, after its merger with Columbus Regional.

Warren also serves on the Harvard Schools and Scholarships Committee, where he interviews local high school students applying to Harvard. He recently began serving on the Birth to Five subcommittee of the Talented Educated People working group of Columbus 2025, the Poverty Reduction Task Force, and the Early Language and Literacy Coalition of the Family Connection Partnership.

Warren is married to his wife, Lorie, and has two adult children: Trey and Ariel.