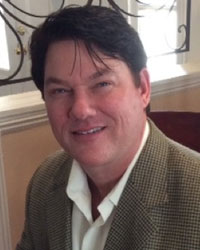 Scott Campbell is a native of Birmingham, Alabama and relocated with his family to Atlanta in 1973, at the age of ten. He grew up in the Decatur area and graduated from Southwest Dekalb High School. In 1987,Scott earned his Bachelor of Arts degree in Telecommunication Management from The University of Georgia.

Scott began his career in Logistics with American President Lines, an international shipping company. After a few years in the corporate world, he felt the entrepreneurial tug and started the first of several businesses. He began with retail restaurants and later started a manufacturing company in Bristol, Virginia and a logistics company in Augusta, Georgia.

Early in Scott’s career, he began focusing on leadership. He started the first University of Georgia sponsored leadership program in Warren county, while a member of the Warrenton City Council. He served on panels with the Fanning Institute for several years. Scott is a member of the 1998 Class of Leadership Georgia

During his career, Scott has served as a board member of several companies as well as civic and community organizations. He is currently a board member of the YMCA in Metro Augusta, Historic Madison-Morgan Foundation and serves on the Madison, Morgan County Planning Commission.

Scott is an avid reader and was thrilled when his son began receiving books from the Ferst Readers.

“The books have been a big part of my son’s success in reading. We looked forward every month to receiving the newest arrival. Even at age eight, the books are still proudly displayed in his book case and we often reflect back to lessons learned from the stories.”